One of the more strikingly recognizable visuals of Dia De Los Muertos is that of the skeleton. Stylized and dressed elegantly, La Catrina has become a symbol for the uniquely Hispanic tradition of embracing and even laughing at death. Her origins go even deeper than that. Embracing a radical and revolutionary image that rings true even today, La Catrina lives on as a tribute to the spirit of Mexico and the revolutionaries that fought for it.

La Catrina originated with Jose Guadalupe Posada, an artist and famous Mexican printmaker born in 1852. In 1888, he moved to Mexico City where he worked with publisher Antonio Vanegas Arroyo, creating art broadsides and street gazettes. He became famous for his satirical work that used calaveras (skulls and skeletons) to comment on and mock politicians and higher society types.

La Catrina, as we know her today, was first painted as a broadside in 1910. The simple skull wearing only an elaborate French style hat worked perfectly as a message of the emptiness of the upper class and the death that awaited us all, even them. Around the time of the1911 Mexican Revolution, fighters had adopted her image as a battle cry.

That rebellious spirit kept the image alive through generations. Now, La Catrina is the symbol of the Day of the Dead and a reminder of the differences our cultures have when it comes to death. In La Catrina, we see death as the great equalizer. Rich or poor, we all face the same fate and, as such, we embrace death and keep it close rather than fear it.

When we’re all going there anyway, why be scared? Just enjoy the ride.

Originally called La Calavera Garbancera, Posada’s etching (lithography) was created sometime between 1910 and 1913 as a broadside and helped the now iconic Catrina image come to symbolize not only El Día de Los Muertos but also the Mexican willingness to laugh at death itself. 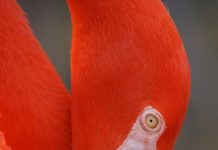 Jeff Bezos is making a 'dent' in Van Horn Texas

Starbase is moving at Warp 9

Got a case of the Mondays?
Companies hope a four-day workweek is 'the cure'.
https://www.wsj.com/articles/is-a-four-day-week-the-future-of-work-11627704011?reflink=desktopwebshare_twitter

Want to know how much $$$ your favorite #Tokyo2020 athletes earn for their wins? @katherinekoontz explains👇 https://cnb.cx/37ceMN3

The 2019 Red Snapper Season has started!