Home Community There’s an eclectic mix of origin stories for the names of cities... 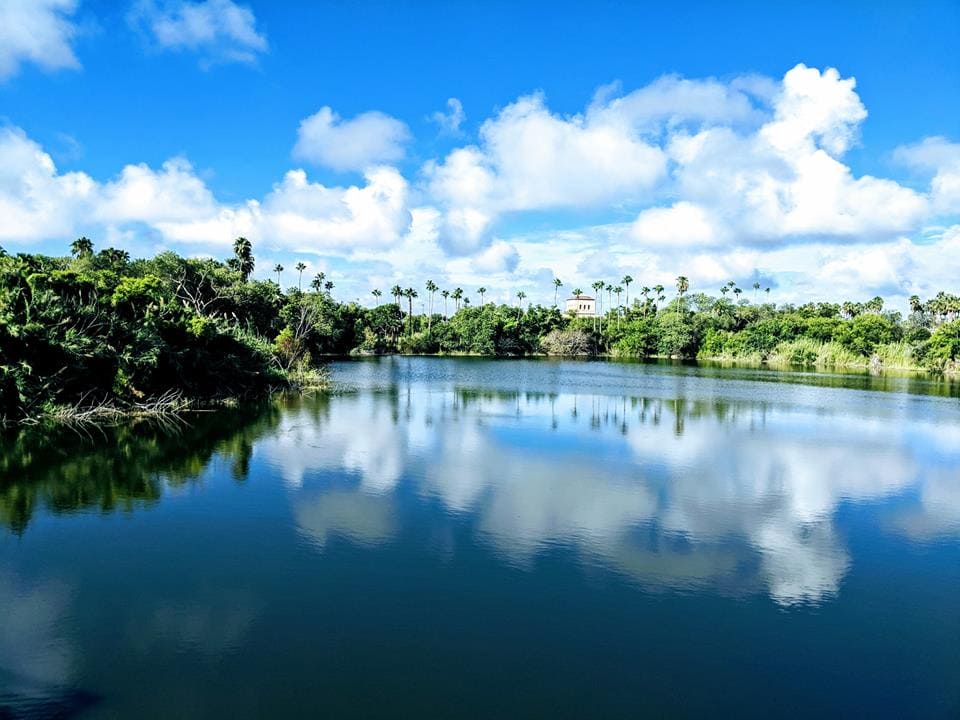 When some people first arrive in the Rio Grande Valley of South Texas they often ask, “Where are the mountains?” It’s natural. Generally, a valley is between mountains or at least hills. But the Rio Grande Valley is most accurately a delta region, as level as Lubbock. The highest roadway point is the 80-foot summit of the causeway bridge that goes to South Padre Island.

So how did a delta become the Valley? Marketing. Back in the early 1900s when developers were selling beautiful orchard acreage to northerners in New York and Chicago, they found that naming the area the Rio Grande Valley was a powerful selling strategy. It was also marketed as the “Magic Valley,” and I have no problem with the “magic” part. After all, there are dozens of varieties of exotic birds and butterflies that migrate through here each year. Some species winter here, too. The vibrantly colored birds and butterflies do make it magical. And there are the crops, too. Early on, visitors saw that sugar cane and cotton and citrus orchards, irrigated with plentiful Rio Grande water, grew like magic in the Magic Valley.

The strategy worked. Hundreds of thousands of people came to the RGV from northern states last century for the subtropical climate and relaxed living. Some came just for the mild winters; they were called “Winter Texans” (and still are). “Winter Texan” was another successful PR term that seemed much more warm and personable than the slightly pejorative “Snowbird.” From the point of view of a Texan, there could be no greater compliment than to crown visitors a “Texan” for the time they are here.

The Rio Grande Valley is comprised of many small and medium-sized cities. Many have interesting name origins. South Padre Island translates to “Father Island.” It was named for a catholic priest, Padre José Nicolás Ballí. He inherited the island from his grandfather who received it as a land grant from King Charles III of Spain in 1759.

Brownsville could have been called Texasville if the original fort built there had kept its first name, which was Fort Texas. The makeshift fort was quickly constructed in 1846 to lay claim to the Rio Grande as the southern border of Texas. The Mexican army bombarded the fort, and Major Jacob Brown, originally of Boston, was killed. He was the first casualty of the Mexican-American War. So the fort was renamed Fort Brown in his honor, and the town that grew up around the fort was named Brownsville.

Harlingen was named for the town of Harlingen in the Netherlands. Its founder, Lon C. Hill, thought the town’s river, the Arroyo Colorado, could be a commercial waterway to the sea, and Harlingen a city of canals, similar to its namesake in Holland. It’s pronounced differently; the Harlingen in Holland has a different “g.”

Weslaco is almost an acronym. It was founded by W.E. Stewart, owner of the W.E. Stewart Land Company, which was a real estate development company. So you take Stewart’s initials and the first letters of “land” and “company” and you get “Weslaco.”

Edinburg was named for Edinburgh, Scotland. Well, technically named in honor of John Young, a businessman from Edinburgh, Scotland. Both are university towns, but are spelled differently and pronounced differently, too. The Edinburgh in Scotland has somewhat of a silent “g” and “h” at the end. The one in Texas has no “h” but does pronounce the “g.” Don’t know the reason for spelling and saying it differently, but this is Texas – it’s what we do. We take the names and make them our own.

There’s an eclectic mix of origin stories for the names of cities across the RGV, the Rio Grande Valley, as well as for the Valley itself, which is actually a delta.

First publication April 3, 2019 Stories From Texas.
©2018 Texas Standard. A service of the Moody College of Communication at the University of Texas at Austin

9:10 PM Radar Update… heavy to torrential rainfall and gusty winds are arriving into the mid RGV this evening and will continue over the next hour. #RGVwx #txwx

'What are we anxious about?' and other big questions you should ask before moving in with your partner https://cnb.cx/3Au0IOJ

Risky Investments - Public pension systems join other investors that have been stung by the crypto crash.

Heavy rains are forecast across the area through Monday in association with an area of low-pressure located SSE of Corpus Christi.

Side-hustler?
How to find a side hustle that could keep your skills 'sharp' and make you better at your job

8 Halloween Costume Ideas That Be Representin’ 2016

Edward Sanchez -
The domain RGV.com is for sale (or lease) - Click here for more details:
This is default text for notification bar
Learn more