Tea can be found anywhere. From premium teas in restaurants, to bottled teas at convenience stores, simply picking a type of tea can be overwhelming. Tea is a staple drink in modern society and so it only makes sense for scientists to research the potential health benefits tea can provide. And research they have!

Tea for a Healthy Heart

The most promising health benefits of tea are related to the hardest working muscle in the body – the heart. Research has found strong evidence linking the consumption of black and green tea to heart health. Studies have reported decreased incidences of heart attacks in consumers of black tea, while an improved lipid panel was found with the intake of green teak. Evidence suggests that green tea is associated with lower total cholesterol, LDL, and triglycerides, as well as a higher HDL .

Wondering what makes tea so special? Much like berries or dark chocolate, tea is a source of antioxidants. The polyphenols present in natural plant food sources – like tea leaves – possess antioxidant properties which can provide protection against chronic diseases.

Tea for a Healthy Smile

The connection between drinking tea and oral health is a curious one. We are all aware that tea causes yellowing and staining of the enamel. If you want whiter teeth, you stay away from coffee, wine, and tea, right?

Well, maybe tea isn’t so bad for your teeth after all. Drinking tea is actually associated with decreased risk of tooth loss. Japanese researchers found that drinking one cup of tea a day can help with this. Other studies have found that tea can suppress the growth of periodontal bacteria by reducing the pH of the enamel.

Wondering where these oral care properties come from? Fluoride, of course. Think about it. Tea is generally brewed with fluoridated water. Add to that the accumulation of fluoride in the soil of the tea plants and you have yourself a delicious drink that actually helps your teeth.

Tea for a Boost of Energy

For those who don’t have a liking for coffee, but could use a bit of energy to get them through the day, tea is definitely the answer. Not only do you get the dental and heart benefits of tea, you also get a nice jolt of caffeine.

The caffeine content does vary depending on the type of tea you use and the way you brew it. A typical caffeinated tea will provide some 20 to 90 milligrams of caffeine per 8 fluid ounces, whereas coffee provides 50 to 120 milligrams for the same portion.

Tired of that same ol' cup of joe? #Tea is a perfect substitute. #antioxidants #healthysmile #energyboost #drink Click To Tweet

The Truth behind Tea and Cancer Prevention

Though the correlations between tea and heart and oral health are strong, this is not the case for cancer prevention benefits. The polyphenols in tea, namely catechins, are thought to play a role in cancer prevention, but the research on black tea is conflicting.

Studies attempting to identify a link between various types of cancers and tea are definitely limited. Antioxidants play a crucial role in reducing the risk of some chronic diseases. Different antioxidants target different areas of the body, but they all support a healthy immune system and aid in protecting the skin. So, why wouldn’t they help with cancer prevention?

Though the health benefits of antioxidants are multi-fold, there simply has been no evidence to suggest a direct correlation between the antioxidants in tea and protection from cancer. Find comfort in the fact that new research findings are released every day. Perhaps the role of tea in cancer prevention is soon to be revealed.

Tea for Weight Loss, Nothing but Hype

The idea that tea can aid in weight loss is somewhat of a misconception. The studies that have looked into the link between tea and weight loss have only looked into tea extracts. There’s no type or amount of brewed tea you can drink to help you shed a few pounds, as the benefits suggested in the research may not be applicable to tea as a whole.

The tea extracts that have been studied include epigallocatechin gallate, caffeine, and polyphenols. The potential health benefits of these substances are subject to clinical research studies, but they have not been found to have any substantiated effects in humans yet.

Tea through the Ages

Though the exact origins of tea-drinking are unknown, it has been a staple in Chinese culture for millennia and more recently in Western culture. Various Chinese legends pin the discovery of tea to the Emperor of China, Shennong, in 2737 BC.

One tells of an accidental discovery where leaves from a nearby tree fell into the emperor’s freshly boiled bowl of water. The emperor believed water should be boiled prior to drinking it – not a bad idea considering food safety and sanitation was not a major concept way back when. The leaves came from a Camellia sinensis, the main Chinese plant that is used to make tea to this day.  Though they changed the color of the water, the emperor took a sip and was pleasantly surprised. He lauded the tea’s flavor and restorative properties.

Other versions of the story attribute the emperor’s discovery to his experimentation with various herbs and their medicinal properties. It is said he found tea worked as an antidote against some poisonous herbs.

The earliest physical records of tea drinking date back to the Han Dynasty in the second century BC, and it was used widely for medicinal purposes. The first use of tea as a stimulant is still unknown.

Over the centuries, tea production and preparation has changed vastly. The first major change happened during the Song Dynasty between 960 and 1279. The Chinese learned to process tea differently in the next three centuries in a way that more closely resembles today’s methods.

So fellow RGVians – don’t forget to have your cup of daily tea. It taste good and is good for you. 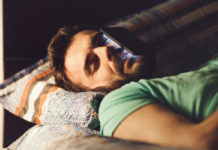 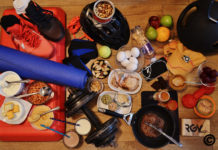 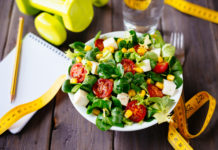 Keeping a Healthy Lifestyle in the RGV

Why Social Media is Stressing You Out