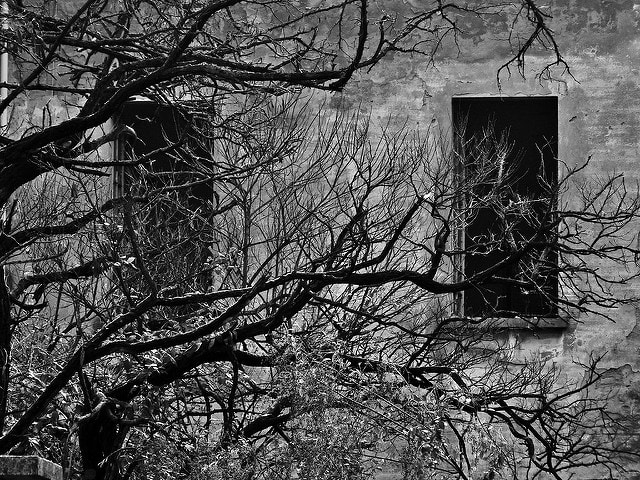 Yes…I know…there’s still some time left before Halloween. I mean…I guess we are still in September. But c’mon, as of September 22nd, it’s technically fall. And who doesn’t love a good scary story?

Maybe it was all those scary stories my tio Jose would tell us on summer nights. Maybe it’s just my natural predisposition for the supernatural. Maybe…just maybe…i like to get the $#[email protected] scared out of me. But whatever it is…I sure do like a good fright night.

So this is for all my adrenaline junkies. It’s for believers and nonbelievers alike. A little something for all those curious cats and creatures of the night. I offer you 7 freakishly scary places in the RGV.

I am from Mission so first on the list is a little place known as La Lomita Chapel. This historic site is said to be haunted by the ghost of a nun who appears suspended in the air praying. She’s even been seen during broad daylight!

The old La Lomita Mission, located just a couple miles down, burned down back in 2009. Prior to that however, the site was known locally for some very spooky activity. Thrill seekers claimed to hear children crying at night, mysterious hooded figures walked the grounds, and there were some very creepy vibes around the building. My older brother once dated a girl who lived close by and let me say…there was definitely something up with that place.

According to local tales, several children died in a well on the property, and a man hung himself in one of the upstairs rooms. This grand Victorian home turned hotel is on the National Register of Historic Places and includes full body apparitions, footsteps, and voices. There’s some pretty interesting video footage here…and if you want to stay the night…yea…well good luck with that.

Shary Mansion (or should I say Scary Mansion) is reportedly haunted by the late Mr. John H. Shary himself. People claim to see him walking across the street from where he is buried back to his home. There have also been sightings of an apparition sitting on the front porch in a rocking chair. You might not want to drive by alone at night.

Built back-in-the-day (1918 to be exact), the Casa De Palmas Hotel was the place to be in its early years. Now, it’s said to be haunted by the ghost of an elderly woman who appears in the basement. The housekeeping staff has also reported seeing a former employee, Miss Roxy, roaming the third floor and lobby late at night. Last, but not least, there have also been sightings of another female apparition wearing a black veil. I actually stayed here one night, several years back, but lucky for me a night out on 17th street put me to sleep like a baby.

These two seem more like urban myths, but you never know. The first haunting is said to take place in the I wing of the school. It started several years back, when students supposedly witnessed the sudden death of their teacher. It’s said that his voice can now be heard teaching in quiet classrooms. The second ghost is said to be that of a janitor who passed away in the J wing of the campus. There are claims that his spirit can be seen in the halls cleaning and singing till this day.

7. All of Brownsville (Just Kidding)

In my thorough investigation of freakishly scary places in the RGV, Brownsville really stood out. One of the more frequently mentioned locations was the school formerly known as the University of Texas Brownsville. So what’s so scary about this place? Well for starters, ghosts of cavalrymen and Victorian women are said to walk the campus. There are also library books that fly off the shelves and eerie noises can be heard through the night. This all makes sense considering that the school’s art center was once a jail, the library was where military deserters were hung, and the dorm rooms were built on top of a burial ground. C’mon guys, everybody knows you do not build on top of a burial ground…I wonder where that little old lady from Poltergeist is…

Well, as I am an adrenaline junkie and a curious cat, I’d love to hear your RGV scary stories and experiences in the comments section. Please share and scare!

Also guys and ghouls, remember that these places are private property so don’t go snooping around. You can get into some serious legal trouble…or worse… 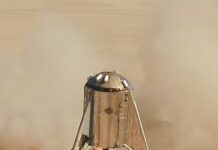 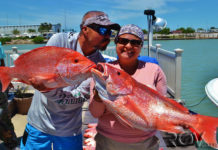 The 2019 Red Snapper Season has started!

Veronica Jaeger: Creator of the Architecture of the Moon Portrait Series