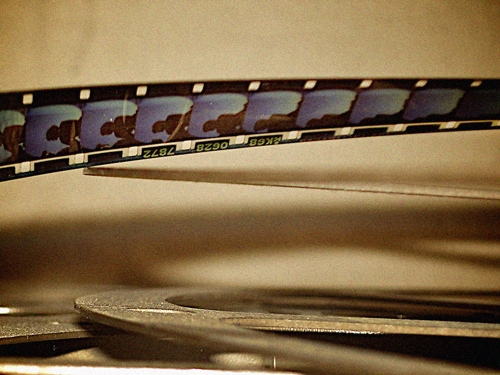 As our beautiful RGV continues to grow, so does our ability to emerge as an international center for innovation and creativity in the world of art. And what better medium to showcase the brilliancy of the region than through film.

That’s why the City of Edinburg is promoting, through the Edinburg Arts initiative, the South Texas International Film Festival. This competition is bringing together some of the most unique voices the RGV and international market have to offer. And it’s free to the public.

Scheduled to begin this Thursday, September 8th, at the Carmike movie theatre in Edinburg, STXIFF is a three-day event that provides local and international filmmakers and artists the opportunity to connect the South Texas film industry with viable resources to expand their vision. The second annual STXIFF will include a variety of outstanding events and experiences, such as the feature full length screening of the film Crave: The Fast Life, as well as a Q & A with panelist representing the cast and crew of the movie. By sharing their knowledge with other filmmakers, the actors and production members of Crave: The Fast Life will help to enhance the overall abilities of the local industry.

Another free screening that will take place is for the comedy, Is That a Gun in Your Pocket?, which boasts comedy legends like Academy Award winning actress Cloris Leachman, John Michael Higgins, and ex-SNL cast member Horatio Sanz. Catch this hilarious film at the Edinburg Conference Center at Renaissance on Friday, September 9th at 6:30 PM before it premieres in L.A. and New York City later this month.

The South Texas International Film Festival will also be hosting a short film competition with industry professionals judging the submissions. These individuals represent the entire spectrum of the filmmaking process and bring a wealth of knowledge and experience to bestow upon the contestants. Judges will include: Jenna Sunde, a visual effects artist who worked on Guardians of the Galaxy; director Joe Menendez who worked on the Dusk till Dawn series; producer and writer Javier Chapa; costume designer Jessica Mauricio; and several other industry professionals.

Beyond the showcasing of some amazing full length and short films, there will also be learning opportunities for those joining the festival. One of the most interesting workshops will be the University of Texas Austin Screenwriting Workshop. RGV screenwriters will be able to get a taste of participating in a “writer’s room”, which will be hosted by Cindy McCreery, who is a graduate of the Walt Disney/ABC Feature Writing Fellowship program. This prolific writer has sold numerous projects to major productions companies such as New Line Cinema, Paramount Pictures, Nickelodeon, Disney Child, and MGM, just to name a few. Just be aware that there is limited seating at this once-in-a-lifetime experience, so make sure you register early.

Aside from the screenings, the workshops, the Q & A’s, panel discussions, and several other social events, the South Texas International Film Festival will also hold a dedicated film marketplace for those artists eager to grow their audience and exhibit their skills.

So…no more excuses that the RGV never has anything exciting going on. This wonderful event is making our beloved RGV become a destination for film festivals. Now, let’s show all those talented filmmakers from around the world just how much home grown talent we have down here.