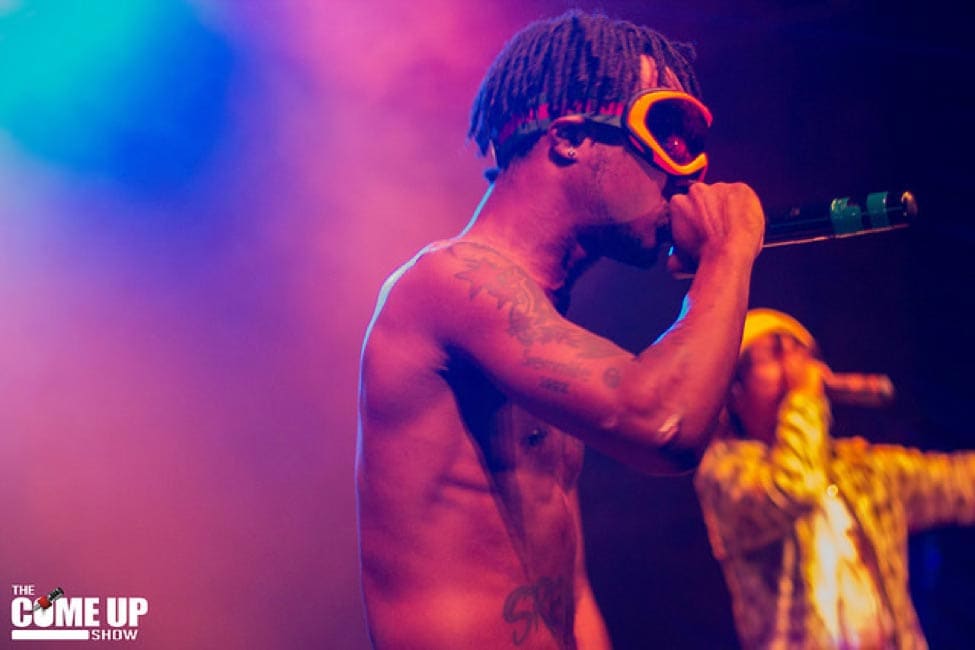 What’s better than cruising through the city banging that new record?  That new new.

As soon as that baseline hits.

Those vocals start coming through. Man!

There’s nothing better than jammin’ out and just vibing with the music.  Well…except for those breezy summer nights when you can roll the windows down as you ride through the city streets, giving the world a little taste of who you are.

So with that being said.  Here are 9 album releases guaranteed to make Summer ‘16 just a little bit hotter.

What else:  The kid has been around for just a couple of years, but has already dropped several albums/mixtapes.  And he just keeps getting better and more focused.  A Kanye protege (*gasp*), Chance “is just having fun wit it…”.

Why: What’s the summer without a couple of pop hits? Plus Grande can actually hold a note.

Sounds Like: Always on the threshold of flirtatious and downright coquettish, Ariana has officially crossed that line.  A dangerous woman indeed.

Includes:  Like most albums these days, Ariana enlisted a number of highly recognizable acts including: Future, Lil’ Wayne, Macy Gray, Nicki Minaj & others.

Out:  Dropped early Summer ‘16, you’ve probably heard a couple of her hits, including the lead single “Dangerous Woman”.

Who:  If you don’t know who Red Hot Chili Peppers are…well. Do yourself (and the rest of us) a favor and get this album.

Producer:  Danger Mouse replaces Rick Rubin as lead producer on this album and there are some changes to band’s sound. But change can be a good thing.

Listen To:  A few of the standout tracks (to me) include: “We Turn Red”, “The Longest Wave”, “Dreams of a Samurai”, and…the rest of the album.  In fact, soak it all in.

4Major Lazer, “Music Is the Weapon”

Style: Expansive.  Major Lazer is founded on EDM, but mixes a variety of genres including reggae, dancehall, hip hop, pop, reggaeton, and house.

Out: Walshy Fire claimed in a recent interview that Major Lazer’s fourth album was set to be released Summer ‘16 (either August or September).

This Matters Because: A major force in the electronic music world, Major Lazer is always good for a great song.

This Is For: Of course this music is meant to be played loud and at concerts, but it’s worth giving a listen to if only to try something new.

Who: TDE representative School Boy Q is quickly becoming a Hip Hop staple.  And if you didn’t know, now you know people.

Repping: From South Central Los Angeles, Q isn’t talking about college and getting good grades.  But he did get some street education.

Raps Like: Coming from the TDE group means lyricism and gangsterism.  Witty, violent, misogynistic, yet honest, School Boy Q raps like he means it.

Coming Out:  Set to release July 8th, Q already has a single out with the rapper you love to hate – Kanye.  Listen to “That Part” to get an idea of what you’ll get with a School Boy Q album.

Back Again: The pop-punk band is back to cement its status as founders of the genre.  This band is always good for a radio-friendly track and we’re hoping this album has more than a few cool ones to help us get through the stifling summer heat.

When: Mark your calendar for July 1st and make sure you cop the album.  In fact their new single “Bored To Death” is already on YouTube as we speak.

Out a Member: Founder Tom DeLonge split back in 2008, but the group’s recruited Alkaline Trio’s Matt Skiba in hopes of rekindling the sound that made them famous.

You Know Them From: The girls had a hit single last year. You probably heard it. It’s called “Worth It”.  Yeah, this is them.

Stylistically: Their pop. And single poppy songs for the youngins who like pop.

Buy It For:  Your daughters. Your kids.  That hipster who hates everything pop. Oh, this album is already out.

This Is For: I’m assuming this album is for people who live in Texas (teehee).  Which means many of my fellow Valley-ites will likely enjoy this record.

Due Date: This sucker is set to drop July 8th.

Listen To: Chesney’s lead single for the album dropped a couple of months back on radio and now has an official video on YouTube. Actually a bit political, “Noise”, is definitely different than I expected.

Um…: Look I’m not a big country music fan.  So I’ll let you guys decide on this one. Oh and leave me a comment to tell me which tracks to hear.

Why: They’re young, rowdy, simplistic…and did I mention young.

Because: Look, these guys are NOT my cup of tea.  But it’s summertime. And what’s the summer without some wild days? (Man I miss Will Smith.)

Sound:  These guys sound like what you’re parents probably didn’t want you listening to as a kid.  It’s just music though, right?

Coming Out:  Smart enough to drop their energetic style during the summer months is probably a genius move.  Look for these guys August 12th.

Katherine Villarreal -
The domain RGV.comᵀᴹ is for sale (or lease)
Click here for details ➜
This is default text for notification bar
Learn more