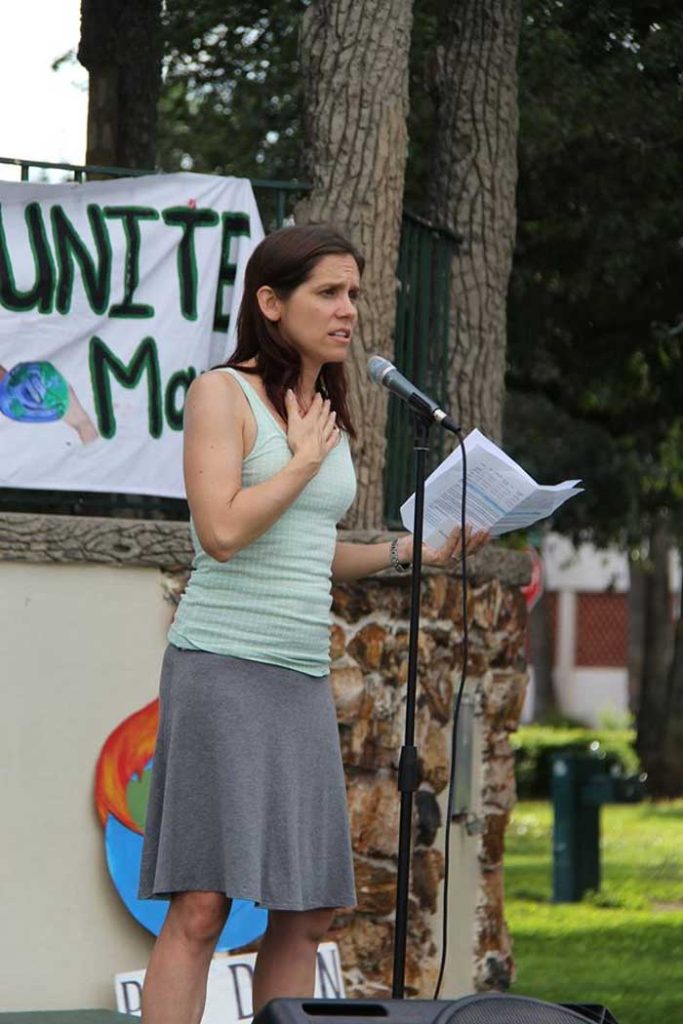 Other than being arguably one of the best seasons in the RGV, spring is also a time that urges us to examine our impact on the environment thanks to celebrations like Earth Day. While the spirit of this worldwide celebration inspires some of us to make lifestyle shifts, certain locals have taken things to the next level and devoted their lives to ensuring that the RGV stays as beautiful and natural as it should be. Stefanie Herweck, a Houston-native RGV resident and nominee for the RGV Citizen of the Year Award, has done exactly that through her mission to combat environmental injustice in the Valley.

While others are quick to assume that environmentalists undergo some dramatic experience that alters the course of their lives, Herweck begs to differ. Growing up in Houston, the diversity and creativity she was exposed to allowed her to see beyond the scope of normalcy and appreciate the unconventional. As both of her parents grew up in rural towns, Herweck always felt a connection to the great outdoors.

At the age of 22, this connection to Mother Earth drew Herweck out of the familiarity of Houston and into the wonder of Colorado where she pursued her studies. At CU Boulder and the University of Wisconsin-Madison, she learned about social and labor injustices and environmental threats the places she loved most faced. Surrounded by a spirited community, she couldn’t help but be captivated by the countless individuals’ thirst for change and their desire to fight for the causes they believed in. While she played an active role at times, it wasn’t until her relocation to the RGV that she found herself feeling the need to act.

“I found things were very different here in the Rio Grande Valley when I moved down after grad school,” Herweck recalled, “There are far more issues in the Valley than there are people to work on them, particularly when it comes to environmental destruction and environmental injustice.  There is rampant habitat destruction, pollution from many, many sources, and a desperate need to prepare for the worst impacts of climate change. I could no longer sit on the sidelines in good conscience.  I do love nature, and I care about my community, but it’s really pragmatism, not passion that fuels my activism.  Our environmental problems are not going to solve themselves.  Somebody needs to do it.” 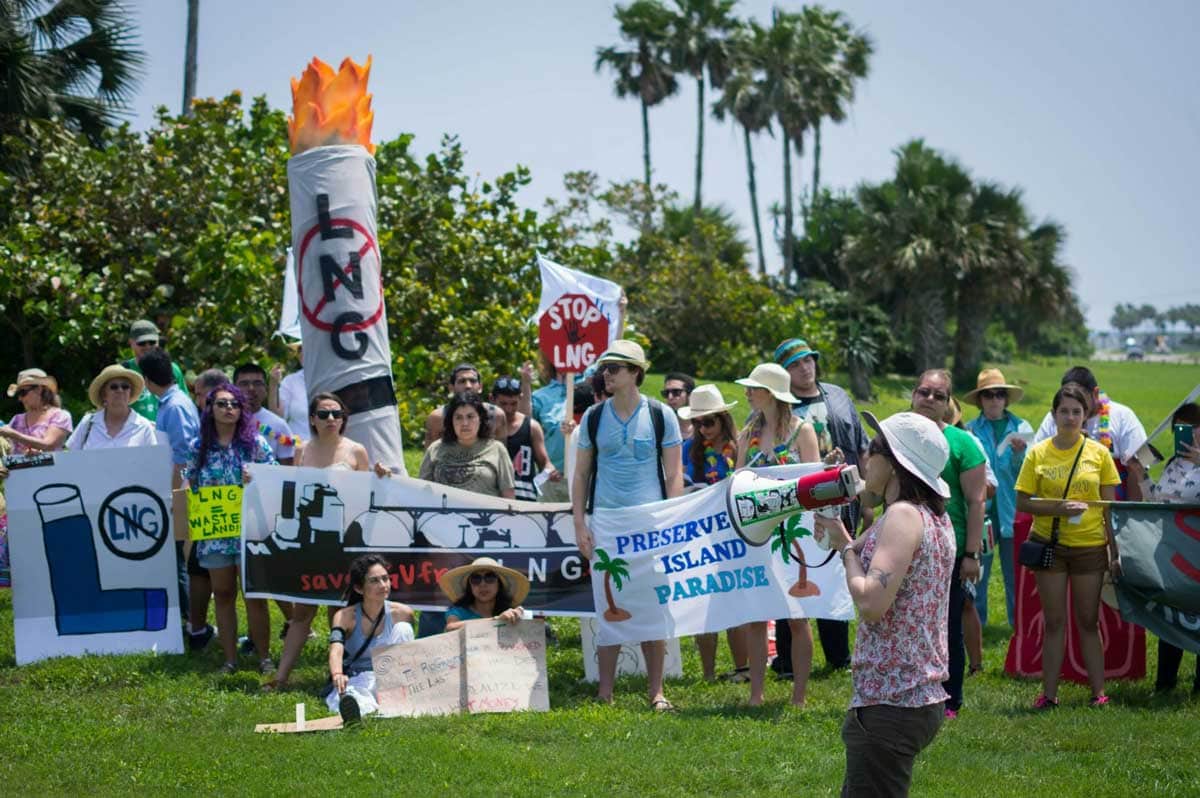 During her time in the RGV, Herweck has made substantial strides that have benefited some of the places we cherish most, such as Westside Park. From her efforts to protest the Secure Fence Act to her role in the local chapter of the Sierra Club, she has managed to utilize her fiery spirit and desire for justice to inspire other locals. “The most intractable problems are not just environmental problems.  They’re not just social, political or economic.  They have all these components.  They are intersectional,” she commented, “The border wall funnels acts as a symbol of nativism and racism that our children here in the RGV are growing up with.  And by most accounts, it’s doing nothing to keep the border safe.  So, to fight the wall, we brought people together who wanted to fight it because it’s a humanitarian catastrophe; people care about wildlife and they want their children to grow up in a community without walls.”

What has captivated Herweck most about the RGV community is our willingness to fight for our home. She led the revolt against the sale of Westside Park in McAllen and the proposal to demolish the oldest forest in the Valley to make way for a 40-court tennis complex. “By the time we really understood the plans, we had only three weeks to stop it,” Herweck explained, “It was then that I saw the power of real community mobilization.  We had more than 50 people attend the first meeting we called, and during those weeks, dozens and dozens of people worked on the campaign developing materials, talking to community groups and educating people at the polls.  We were able to turn it around and both bond issues failed.  The park and the forest were saved because so many people stepped up.  No one could have done it alone.  We couldn’t have done it with a small group.  It took many, many people to make a difference.” 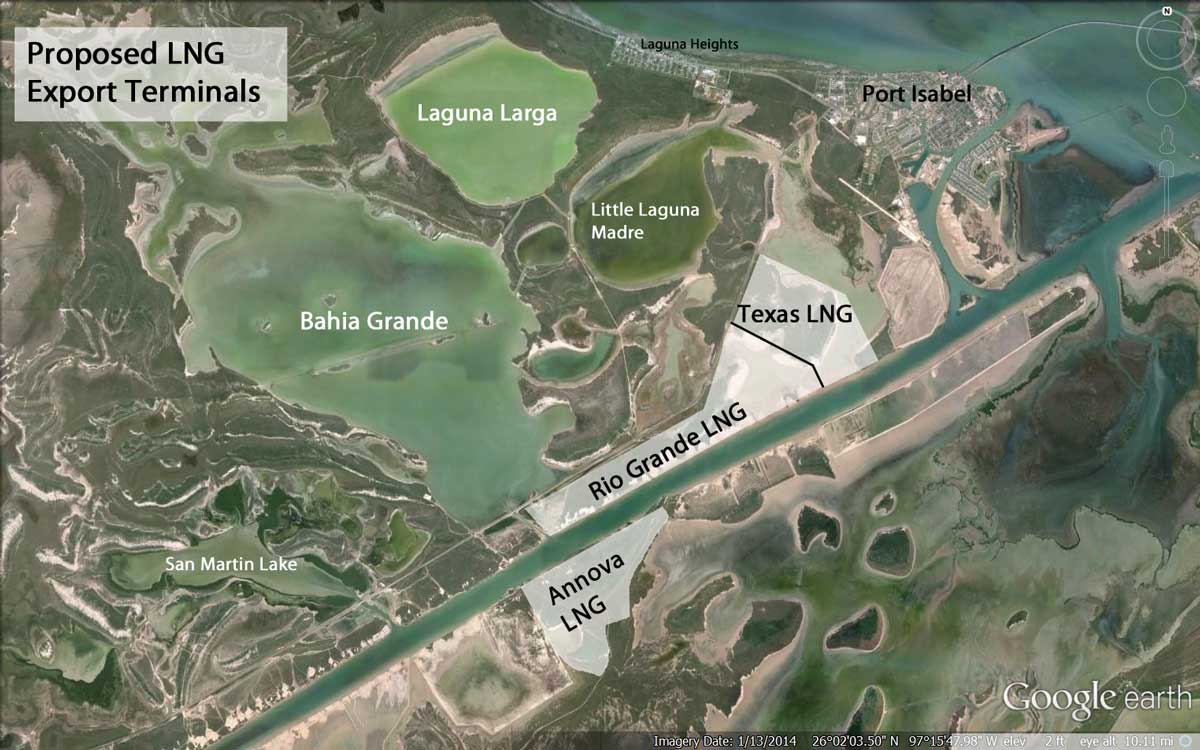 Of course, Herweck takes these victories with a grain of salt, as she hopes to accomplish much more in the future. Along with the Sierra Club, she is currently fighting the three liquefied natural gas (LNG) export terminals that have been proposed in Port Isabel. Collectively, they believe this is the most important battle to fight, as the terminals would destroy thousands of acres of wild lands, pollute the air, pose a serious safety hazard to all RGV residents and contribute to world climate change.

As for the future, Herweck will continue to pursue similar battles, as she believes wholeheartedly in the resilience of the RGV. Unlike other areas of Texas, our economy is not directly tied to the fossil fuel industry, which will make all the difference during the global shift away from coal, oil and gas. “It makes no sense to sow the seeds of our own destruction by attracting carbon-polluting industries to the RGV,” she emphasized, “We must look with clear eyes at what it’s going to take for us to be resilient in the face of this new climate reality.”

Due to her immense bravery and endless efforts to secure a brighter future for the RGV, it’s safe to say that to most of us, Stefanie Herweck is the modern-day hero we’ve been waiting for. However, she is quick to dismiss this title and instead, contends that the keys to change are in our hands: “For the kind of work we need to accomplish in the RGV—keeping oil wells out of neighborhoods and advocating local plastic bag bans—we don’t need heroes,” she remarked, “We need regular people who are willing to devote some of their time to make the world—their home—a better place.”

Dense fog has formed over the Laguna Madre and nearshore Gulf waters (0-20 nm) this evening. A Marine Dense Fog Advisory has been issued until 2 AM (see graphic). Patchy dense fog is also affecting #SPI and the immediate coastline. Use extra caution if driving to/from SPI. #txwx

A mix of sun and clouds will push temps back into the upper 70s to lower 80s today.

Nice weather will occur on Tuesday before the Wednesday passage of a cold front. Rain and cooler temps will prevail in the wake of the front.

Tesla registers “watchdog” domain names
Was it defensive or a clue about a new service?

Cotton farmers in Texas, where about 40% of the U.S. crop is produced, are facing a severe drought.
A lack of rain and extreme heat is forcing growers in the state to abandon almost 70% of the cotton acres they planted earlier this year (*USDA)