I planned a special night out with my sons. To my surprise, you actually need reservations on weekend nights but the hostess happily sat us at the pizza bar (they also have seating at the regular bar). It was the perfect spot for us! We had front row seats to watch the pizza chef hand toss the dough, create amazing looking pizzas and bake them in the brick wood burning oven. He even gave my younger son pizza dough for him to play with while we were waiting!

For an appetizer we ordered the calamari. What a wonderful surprise it was to see it served with pickled banana peppers and jalapeño rings! It was a different experience to enjoy the perfect delicately fried calamari with the spice of the pepper mixture. There’s no going back to just dipping in tomato sauce now!

I didn’t have a salad when we went but the two ladies next to us at the pizza bar were oohing and aahing over the generous portion of beautiful greens.

Next came William’s pizza. Sam commented “It’s hard to make just a cheese pizza look that good!”. Frankly, this was anything but “just a cheese pizza”. It was a Quattro Formaggi pizza with mozzarella, gorgonzola, pecorino and parmesan cheeses. The brick oven crust was perfect with the light amount of sauce and both accentuated the cheeses as the stars of the show. Every bite of the pizza was a combination of the cheeses…so creamy and delicious! William said “5 Forks”. Samuel and I agreed!

Samuel is the meat and potatoes guy so he took our waiter George’s recommendation and ordered the Castolette di Maiale all Griglia, thick cut pork chops over a bed of mashed potatoes. I believe the mashed potatoes were substituted for the regular pasta side but this kid really loves his mashed potatoes and they were happy to accommodate. What a dish this was when it came out! Two thick, hearty pork chops were topped with sautéed hot and pickled peppers. The chops themselves were spiced perfectly so as not to be overwhelming and let the true taste of the pork come through. Samuel said the pork was juicy and had a sight lemon tang. He really enjoyed it and he gave the mashed potatoes his “seal of approval”. They were creamy with texture from small chunks of potato and absolutely delicious garlicy, buttery flavor. I had to remind him not to lick the plate but I needn’t have worried. With the size of the portion there was no way he could make it though the plate in one sitting!

I ordered Lutiano Rosso al Caroccio, filet of red snapper baked in parchment with white wine, fresh fennel, red onion and tomatoes on top. It was a very unique presentation as the fish was cooked in and then served in the parchment paper. The fish was very light and flaky but then had the crunch of the fennel and onion. The sauce had a delicate lemony flavor. It was a tasty combination and a great option for diners that might want to eat healthy.

The fish came with a side dish and so I tried the linguini with plum tomato basil sauce. Here’s where my NJ crazy is going to come out. All Italian restaurants must be measured by their sauce. That’s just the way it is for me. This sauce passed the test for sure. The plum tomatoes created sweet, tangy, and perfect taste. I was wishing I had room to eat more than a couple of bites!

Since we were sitting at the pizza bar we got to see what a few other people ordered. The ladies to our left ordered the lasagne which looked incredible. It was baked and served in a huge skillet style dish which looked like it could easily feed two people. The man to our right ordered a creamy pasta dish which was also served in the skillet style dish. It looked amazing and I was dying for a taste of both!

George highly recommended the Tiramisu but, sadly, we were stuffed. I guess that means it will have to wait until next time and there will be a next time for sure! 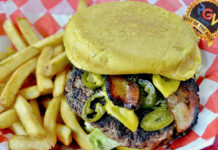 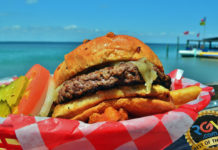 "People not money": This island sacrified its economy to stay coronavirus-free https://trib.al/IwQuX8Z

Attention UTRGV Alumni: Help us congratulate the newest members of our UTRGV Alumni Family - The Class of 2020!

Your messages of hope, strength, and wisdom will be compiled and shared with the graduating class on our website. Select responses will also be shared on social media