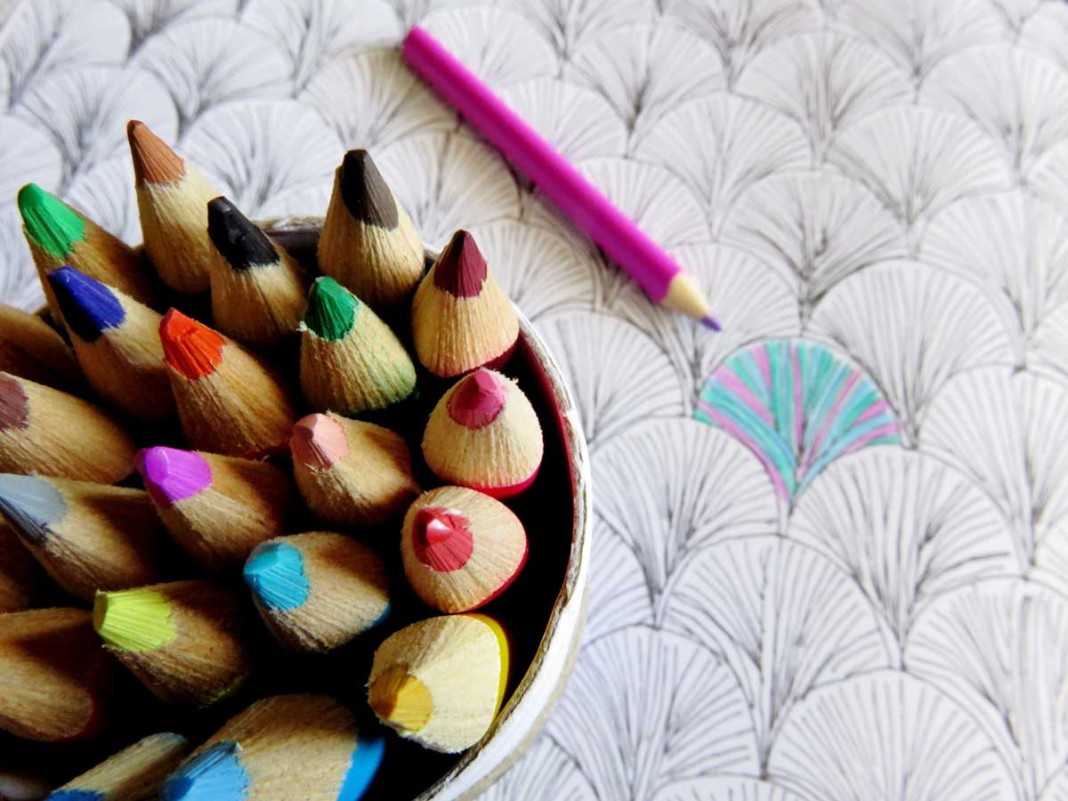 Many years ago, I had a male friend with a girlfriend. This couple/friend team was a little unconventional to say the least. Most would describe these two characters as hippies. They were passive, loving, humble creatures with kind souls, passionate about the well-being of our ever-changing world.

They were eco-friendly in every sense and stood ground for all things positive. If there was one thing they felt strongly about, it was the idea of digital disconnect. I remember vividly the one time I was asked to pick up the girlfriend, Holly, from the airport after a long trip out of the country. I agreed and didn’t think much about what the drive home would be like since I hadn’t known her long.

What would we talk about? Well, it wasn’t long before Holly was sitting gleamingly, as she always was, in my passenger seat. She asked a seemingly bizarre question, at least to me, an adult, living in the adult world.

She asked without a hint of hesitation, “Lori, do you like to color?” I replied, “Color? Like, kids do at school? In coloring books?” “Yes, exactly. Do you like to color?” she asked again. I replied, “Ummm…sure. I guess it’s kinda cool but I haven’t colored anything in years.” “Well you should consider starting,” she replied with the daintiest smile.

She looked up at me and began describing her newfound hobby of coloring. She explained the many therapeutic benefits it could have on busy adults like us living in hectic and chaotic times.

It seems now like Holly was onto something many years ago. It seems that coloring books for adults have actually been around for decades. It wasn’t until Johanna Basford, a Scottish artist and commercial illustrator specializing in hand-drawn patterns for wine labels and perfumes, popularized the idea. We’re now seeing these adult coloring books in major bookstores like Barnes and Noble where they’re flying off the shelves.

The Unconventional Adult “Me” Time

The elegant and intricate patterns in these books have captured the attention of many adults longing for a break in their busy lives. The idea behind the adult coloring book is that it allows us a break from our phones, computers and tablets. Unlike the traditional “break” adults award themselves with, such as TV and smartphones, a coloring book demands full focus and both hands. One hand lays relaxed in a position of independence, free from the laundry basket or laptop, and the other is the filler-in of color in a template of creative direction.

Color Your Stress Away

Many adults now swear that their decrease of anxiety, stress and even depression is due to the time spent coloring. I myself know the daunting feeling of how much my own personal anxiety can grow with the sense of urgency our phones create. The time spent on a phone is a blessing and curse I describe to many people. A blessing because it enables conversation, but a curse because of the constant attention it requires. For some, this trend has actually been fuelled to some degree by social media. Oh, the irony of people sharing their creations on Facebook, Pinterest and Instagram.

Audry Ocanas -
The domain RGV.comᵀᴹ is for sale (or lease)
Click here for details ➜
This is default text for notification bar
Learn more