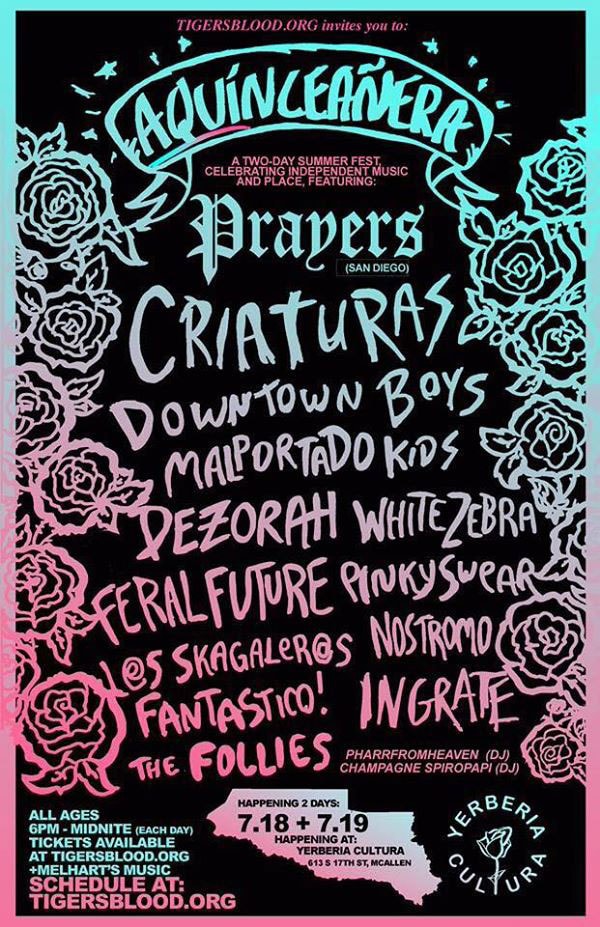 A well-organized, star-studded and wholly entertaining music festival in the Valley would have seemed like a far-fetched fantasy several years ago. Now, with the region’s demand for top-class musical acts, our beloved Rio Grande Valley can boast the honor of having two musical festivals to rock out to.

Chances are you’ve either attended or heard about Galax Z Fair IV, which took place last March. Now, residents of South Texas can once again enjoy the beats and melodies of a new festival called AQUInceañera.

Off to a Good Start

The masterminds behind the Galax Z Fairs, tigersblood.org, have decided to add another festival to the calendar year for the Valley’s enjoyment. AQUInceañera, aptly named to celebrate the Rio Grande Valley and its culture, will take place at Yerberia Cultura in McAllen on July 18th and 19th. Like Galax Z Fair, this summer’s festival will include local and national acts that will have you jumping and dancing the night away. The lineup includes:

If you’re ready to be wooed by sweet pop sounds, gyrate to pop punk tones and be amazed by everything in between, then AQUInceañera is the place to be. Look for additional information about the festival here or explore ticket prices here.

Trivia Tuesdays at Grain to Glass