As a Foodie from the upper Rio Grande Valley, South Padre Island is out of my usual areas, but I happened to be in town for a fishing trip and thought, “when in Rome.” Driving down the main strip, one of my friends suggested PadreRita Grill for their advertised seafood buffet. While buffet hours were later in the day, we stayed because the restaurant looked relatively empty. Thumbs up for fast service on a slow day!

The restaurant sported a tiki-style interior with round stone tables complete with umbrella tops. The lighting was dim and complemented the soft sound of falling water from the ornate water structure toward the back wall, where we sat. Our waiter was an all-around good guy with a “local” vibe about him. He was attentive to me and my guests and incredibly accommodating. We started with a round of their Happy Hour Margaritas and asked for a few minutes to look over the menu. Moments later, our waiter popped out of the kitchen carrying a tray over his head with a smoky substance coming off the edges, much like fog does in those creepy cemetery scenes in horror movies. He shifted the tray, and I caught a glimpse of margarita glasses that made me think of steaming witch cauldrons. I kept thinking, “You’re way off Halloween, buddy.” As he approached our table, he finally set the tray down to reveal four giant margarita glasses overflowing with a dissipating, milky-white smoke. At that point I didn’t care how the margarita tasted, the presentation won me over, even if it wasn’t Halloween.

100% edible liquid nitrogen. Chemistry, you’re awesome. With my margarita still smoky, I forced my straw to crack the thin and frozen top layer and took a sip. It was tart at first with a sweet after taste. We went a little oyster crazy with the appetizers, ordering six raw oysters on the half shell and six oysters Rockefeller. Oh, and a few oyster shooters. You can’t go wrong with raw oysters, especially from an eatery that sits on the beach. These came garnished with the traditional lemon wedge and cocktail sauce on a bed of ice. I added a little tabasco sauce, and they earned my approval. It was the Rockefeller’s that really made my day. They came on a rustic silver platter, garnished with lemon wedges and a lively-colored flower. The oysters were made the traditional Rockefeller way, made with fresh herbs and topped with parmesan cheese. The herbs crusted the top of the oysters nicely, making for a soft and flavorful crunch. I think even non-oyster fans could appreciate this dish. Finally, the oyster shooters were an off-the-menu request that are waiter cooked up at the bar. It was a shot of a single fresh oyster, cocktail sauce, lemon juice, vodka, and pepper. As something I had never savored, the medley of alcohol with one of my favorite appetizers was pleasant and slightly on the spicy side.
For our main course, I went for the obvious menu option, their 2012 World Championship Cook Off, 1st Place Award Winning Bayou Shrimp, a plate complete with five jumbo shrimp stuffed with cream cheese and wrapped with Applewood smoked bacon. The shrimp is served over garlic mashed potatoes topped with their famous shrimp bayou sauce. To finish it off, a side of crisp vegetables and a house salad is served. The actual dish came as a mountain of cheesy goodness with mashed potatoes, shrimp, and grilled squash flavored with red and yellow peppers. The bacon was too crispy and charred for my liking, but the rest was phenomenal. I finished off the vegetables while my boyfriend tackled the mashed potatoes, each of us fighting for the last jumbo shrimp. If you’re trying this restaurant for the first time, this shrimp dish is a perfect first-time experience. While this plate tasted “award-winning”, it was not my favorite. It was the secret menu item that our waiter suggested when he noticed how indecisive I was about my soup order. It was the most epic mixture of shrimp bisque and clam chowder, garnished with parsley flakes and garlic bread. Maybe the margarita influenced my taste buds. Maybe it was the genius mixture of the two amazing seafood soups. I just couldn’t stop eating and hardly let my boyfriend sample it. Both had a thick and hearty consistency and were oozing with flavors that perfectly complemented each other. Just writing about it is making my mouth water.

Despite the mixed reviews I read and heard about this place, I’m glad to say that I had a pleasant experience. Perhaps it was the timing or the particular server, perhaps it was just luck of the draw. Either way, I am confident in my recommendation of this eatery. On the next visit, I’ll be staying for their seafood buffet. 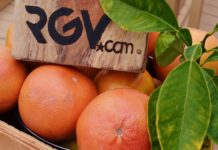 Tex-Mex…As Good As It Gets!

4.3/5
The domain RGV.comᵀᴹ is for sale (or lease)
Click here for details ➜
This is default text for notification bar
Learn more