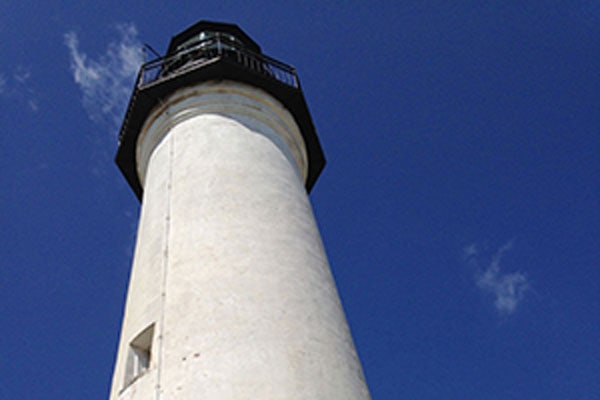 The City of Port Isabel, Texas is a wonderful place to visit and live. Situated on the western shore of the Lower Laguna Madre Bay and just a few miles north of the mouth of the Rio Grande River, the town sits at the southernmost tip of Texas. Port Isabel is home to approximately 7,000 and is gifted with a year-round subtropical climate and an abundance of natural resources. It is a charming city of picturesque vistas enhanced by mild temperatures and friendly people. The city is the gateway to the beautiful South Padre Island with its warm, inviting waters from the Gulf of Mexico.

The two areas are joined by the Queen Isabella Memorial Causeway. With the opportunity to swim, fish, sightsee and relax year-round, Port Isabel is a little city with big rewards. Add unique boutiques, restaurants and entertainment options to these natural benefits and you have the makings of a superb lifestyle environment that keeps the locals happy and our visitors coming back for more.

A History of Port Isabel

Folks are often surprised upon learning the deep history of the Lower Laguna Madre area, which begins before written text. The indigenous people of this place were hunters and gatherers who thrived off the abundance of fruits offered seasonally. Finally in 1519, the first Europeans began to explore the area. In 1554, a violent hurricane wrecked a fleet of Spanish ships upon Padre Island shores with only two survivors. Their adventurous story is featured in the local Treasures of the Gulf Museum. It wasn’t until 1749 that several villages established along the Rio Grande River, an offshoot of which was the village of “El Fronton de Santa Isabel”, later Port Isabel.

In 1846, the U.S. Army camped in Port Isabel to secure the Texas border with Mexico and established Fort Polk – a supply base for the U.S. – Mexico War – at the command of General Zachary Taylor. Over 100 future Generals and three future presidents served at Fort Polk. As President, Taylor established the Point Isabel Lighthouse in 1852. The lighthouse greatly advanced the growth of the entire region. The site was such a crucial location that during the American Civil War, both sides occupied Point Isabel and used the lighthouse as a lookout.

After the Civil War came a great period of growth that included the 1872 construction of the Rio Grande Railroad, which allowed for greater imports and exports. Only the Mexican Revolution could temporarily halt this socio-economic progress. Troops were again sent to Point Isabel to keep order under a deployment known as the Mexican Border Service. When things calmed down, the fast-paced local growth resurged.

In 1928, the town was incorporated as Port Isabel, Texas and the future looked bright until the devastating hurricane of 1933 hit. To entice folks to return to the rebuilding town, Dr. J.A. Hockaday created the Tarpon Rodeo Fishing Tournament, and the people returned. Today, the competition is known as the Texas International Fishing Tournament. Yet, another landmark in history for this small speck of paradise occurred after World War II when the town became the premier shrimping port in the world. In 1954, the bridge was constructed to connect with Padre Island. A World Class Beach Resort was born, resulting in an area of year-round enterprise and leisure for enjoyment.

Record setting surge in #FortMyers with Hurricane #Ian. Surpassing many other formidable storms.

FDA hands Philips its 5th Class I recall of the year for faulty ventilators
#RGVMed
https://www.fiercebiotech.com/medtech/fda-hands-philips-its-5th-class-i-recall-year-faulty-ventilators

The storm surge is so powerful from #HurricaneIan that it has brought a shark into the city streets of Fort Myers.

Central Banks - Digital Euro Could be More Popular Beyond EU's Borders: Lagarde
While a digital form of the U.S. dollar is on the works...

U.S. Companies Are Reshoring Jobs From China at Record Levels
After decades of outsourcing jobs to China and Southeast Asia, U.S. companies are on pace to bring back 350,000 jobs
https://www.wsj.com/video/series/dion-rabouin/us-companies-are-reshoring-jobs-from-china-at-record-levels/A4E181BE-8786-4A31-B5BA-51ABA0487D29

EV 18 Wheelers - Tesla is shipping its own full electric semi-trucks to itself for use around the country https://www.pocnetwork.net/technology-news/tesla-is-shipping-its-own-semi-trucks-to-itself-for-use-around-the-country/

RGV.COM -
The domain RGV.com is for sale (or lease) - Click here for more details:
This is default text for notification bar
Learn more